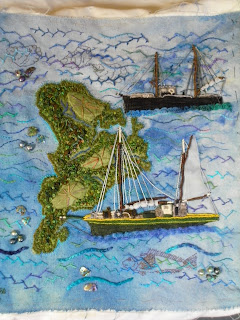 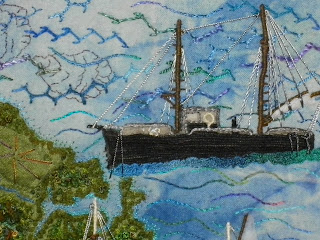 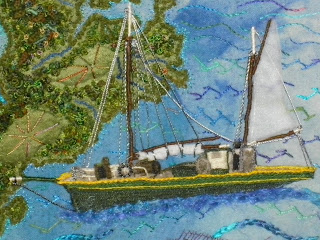 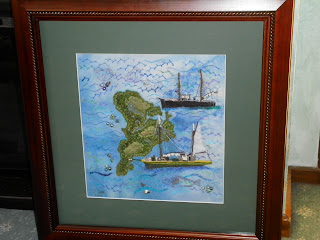 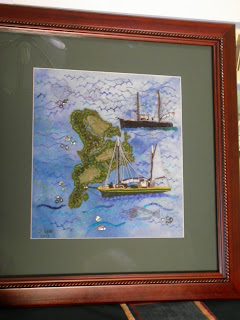 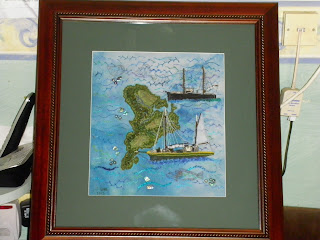 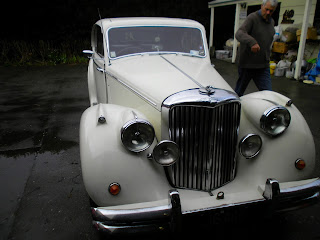 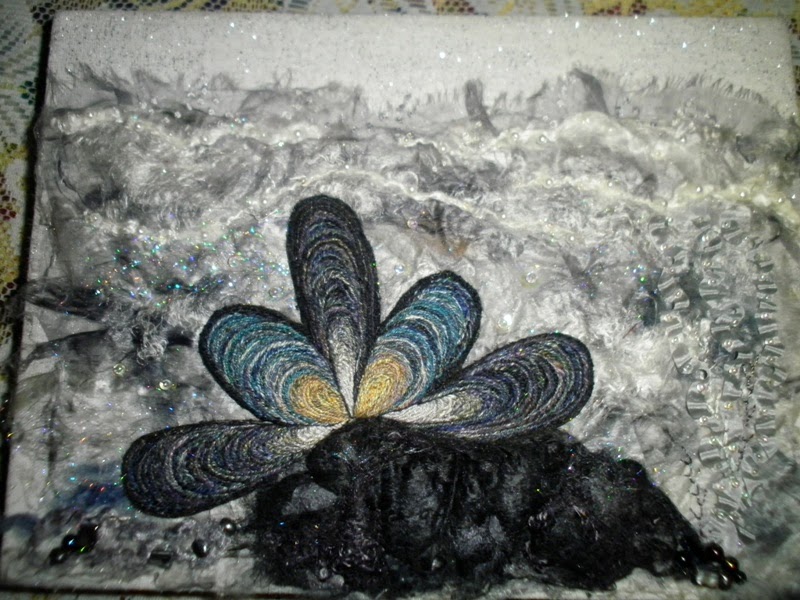 Mussel Shells This project involved embroidering the mussel shells with my hand dyed handspun Mulberry Silk threads. This was worked on fabric and cut out.  The background which represents the sand, is an openweave curtain fabric which I painted with a sparkly fabric paint.  However when I set it with the iron, the glitter went everywhere, so I had to paint it again with a pearl fabric paint. On top of that is a piece of grey/white silk paper which I wrinkled up to make the texture of the sea.  Grey organza fabric and spun silk waste thread give a realistic look.  The mussels are on top of a piece of black silk paper which is stuffed and stitched to give a rock like appearance.  Silk ribbon, beads and sequins add glimmer and shine  As usual the photo doesn't do justice to all the textures. I enjoyed making this project and am now working on a sea scape. Slouchy Hats I have been making these Crochet Slouchy Hats.  I wanted to use up some of the handspun wool, but no 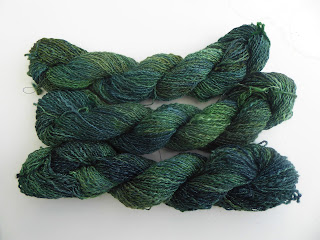 THE BEAUTY OF HANDSPUN YARNS

Yarns spun with Polwarth, Silk and Alpaca, plied with a fine boucle then dyed These skeins of Merino, Silk and Alpaca were spun, then plied and hand painted Here area  variety of handspun yarns, mostly using Wool or Merino and Alpaca, Silk etc Ball of Hand dyed handspun Singles yarns ready to make Fingerless Gloves These yarns are similar to those above and would make a lovely Fade Shawl You have seen this beautiful handspun yarn, but hesitate to buy it because you are not sure how to use it ... how will it knit up, what size needles etc? Handspun yarns are one of a kind, all the colours of the rainbow. They have variety, are colourful, thick and thin, art yarns, fine, thick, variety of fibres (Alpaca, Silk, Mohair, Soyabean fibre, Cotton), singles, 2 ply, 3 ply, etc Handspun yarn has life.  It can be uneven and sometimes even a bit unpredictable. It doesn't look or behave like commercially produced yarn. It can be smooth or textured. Every skein is unique because it has been ma 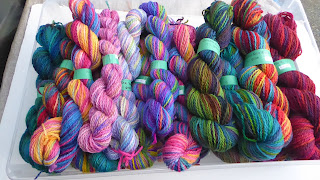